In partnership with Somers Town History Club and with kind funding from Camden Giving, we facilitated lessons, activities and screen printing workshops for the children of Edith Neville Primary School.

The visual focus of these workshops was rooted in discussions with the members of the history club about who and what have been historically defining in the area. The resulting subjects were: Edith Neville and Family Life, the former being who Edith Neville School is named after; Mary Woolstencraft and Women’s Equality; Basil Jellicoe and Housing, Elizabeth Garret Anderson and Healthcare; Gilbert Bayes and Public Art; and finally the Transport Network, based on Somers Town unique proximity between three of the country’s most important stations, Euston, St Pancras and Kings Cross. 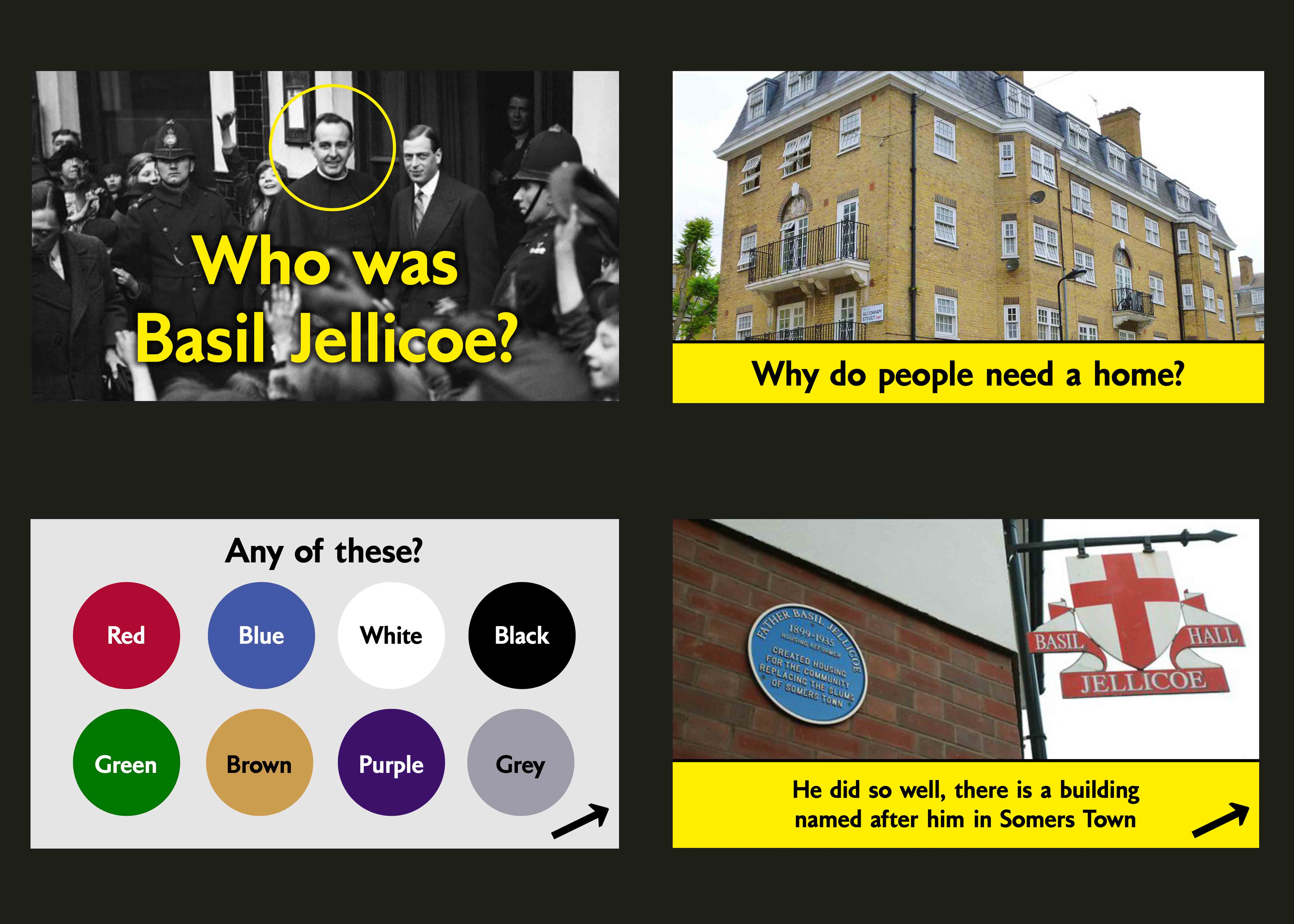 Lessons and art activities were then delivered and tailored to school years 1-6. Each lesson was a mixture of presented information, questions and answers, and a pre-recorded storytelling segment, that connected the before mentioned themes to different cultural references such as nursery rhymes, Charles Dickens and even Sesame Street. This stories were recited with the kind help of different actors, some of which were local or had performed in the area.

Following each lesson the children were set an art activity. Depending on the age, theses ranged in difficulty and scope for experimentation. Each connected directly to an aspect of the preceding lesson and were designed to be carried out independently without facilitation. Some of the activities included decorating your own illuminated clock, such as Gilbert Bayes’ on the Sidney Estate or design your own house, but particularly thinking about what things you might want around your house, in the same way Edith Neville and Basil Jellicoe believed a good life exists beyond just the home live in.

The Housing and Mary Woolstencraft themes were then pursued further during the screen printing workshops in-person at Edith Neville Primary School. During the workshops the children were inducted in the process of screen printing, learning about uses of the different tools and machinery. This was a great opportunity to use our new portable screen printing bed, as funded by Camden Giving. We then discussed about how to make a successful stencil in order to print without any of the complex exposing processes you might normally have to conduct when screen printing. This culminated in each of the children producing a handful of unique prints. Inks were mixed directly onto the screen, rather than before hand, adding to the surprise of the reveal.